Children are Not Pots of Jam! – a brief critique of the DSM5

Home/Assessment, Behaviour, Blogs/Children are Not Pots of Jam! – a brief critique of the DSM5
Previous Next

Children are Not Pots of Jam! – a brief critique of the DSM5

Strawberry, apricot, cherry, mixed fruit. You expect to get what is on the label don’t you? The Diagnostic and Statistics Manual (DSM) is a classification of ‘mental disorders’ and has enabled psychiatrists to label children with one or more of multiple ‘disorders’. The DSM 5 was published in May last year after a process that was conducted in secret (the task force was bound by a non-disclosure agreement so you didn’t know who had links with industry) and has since been greeted with a storm of protest. I am one of those protesters and here is a brief snapshot of why.

Grief is a normal response to the loss of someone we love. The DSM 5 calls it Major Depressive Disorder, substituting drugs for the consolation of family and friends and the healing power of time. Responding with anger to personal injustice is understandable but children who are trying to wrest back some control in their lives are likely to be diagnosed with Oppositional Defiance Disorder (ODD), often alongside its morbid companion, Conduct Disorder. This usually refers to behaviour that adults find hard to handle. Generalised Anxiety Disorder is the DSM term for when you are really worried but not sure what about. If you are living or working in a stressful environment this is not surprising, but a label that says you are ‘disordered’ means there is something wrong with you and no-one need do anything about the environment. We have ever-increasing levels of anxiety in our schools, alongside self-harm and depression. What is going on? Giving children psychiatric labels does not help. Changing what is happening for them will.

Young children being very active is developmentally appropriate yet increasing numbers are being given the diagnosis of Attention Deficit Hyperactivity Disorder (ADHD) because they are not meeting adult expectations to sit down and be quiet! I know I am using poetic license here but that often illustrates reality! In America one in five boys are being diagnosed with ADHD and this is increasingly being mirrored in the UK and Australia. Do parents ever wonder that having a TV in every room, computers, games consoles and iPads might be contributing to a short attention span? Perhaps switching off the machines and going out with them to run round the park might be worth a try?

Homosexuality was removed as a ‘mental disorder’ in the DSM in 1986 following campaigns by the gay lobby. The recent film The Imitation Game shows the brilliant code breaker Alan Turing taking hormonal drugs as an alternative to prison in order to ‘cure him’ of his homosexual ‘affliction’. This had unbearable side effects and Alan Turing committed suicide when he was just 42 years old.

Many disorders are simply made up

There is no evidence that many ‘disorders’ in the DSM 5 have any validity – there is no neurological / biological evidence attached to them – they are merely a list of behaviours that have been given a name. Leon Eisenberg, just before he died in 2009 confessed that he had made up the label of ADHD. In his own words:

(ADHD) is an invention. Every child who’s not doing well in school is sent to see a pediatrician, and the pediatrician says: “It’s ADHD; here’s Ritalin.”

We are drugging millions of children

If you can label something you can often manufacture a drug to treat it. The pharmaceutical industry clearly has an investment in developing labels. The drugs Ritalin and Adderall now cost the health service in the UK over £55 million a year. How many counsellors and psychologists could you employ with that? Even if medication ‘calms’ children in the short term there is increasing evidence of long-term negative impact.

Labels are stickier than jam 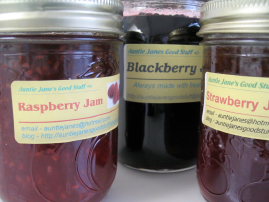 Once you have been handed a label it is very hard to get off and the longer it is there the more dangerous it becomes. It defines the person both for themselves and also for others, limiting what is possible. When a child is seen as the ‘problem’ the focus is on getting them to change – and adults are able to duck responsibility for what they do and say. In her keynote at a recent conference of educational psychologists in Durham Dr Lucy Johnstone said that psychiatric diagnosis and labeling of children removes personal meaning, agency and hope. In whose interests are we labeling children?

Anyone ever listen to the kids?

Instead of asking what is wrong with you, we need to ask what has happened to you?

In my experience in both Australia and the UK most of the children and young people who are diagnosed with ODD, CD or ADHD have been traumatised, neglected or experienced major loss, including family breakdown. They may have had inconsistent, distant or unskilled parenting. Their behaviour is a response to these experiences – they do not have a disease but they are vulnerable. The last thing they need is to develop a negative and fixed self-concept. Instead we could be helping them understand what they feel – behaviour is usually an expression of feelings – identify their strengths and develop resilience. We could be using our efforts to structure environments that promote their wellbeing.

We need a more respectful approach to the difficulties children are experiencing which gives meaning to their distress. One method used increasingly in the UK, often by a multi-disciplinary team, is the formulation approach. This is where a psycho-social model of intervention replaces a bio-medical one. The child or young person and others involved work together to construct a hypothesis (or best guess) about the origins of the difficulty. This draws on psychological theory and knowledge but rather than giving an expert opinion aims to evolve an understanding of the child’s difficulties and associated solutions within the context of their relationships and life events and the sense they have made of these. This gives indicators for what might help the individual move forward.

More information can be found on dxsummit.org/archives/1208

Children are not pots of jam; they are complex, diverse human beings in the process of becoming. Once we stick a psychiatric label on them that determines who they are and limits the many possibilities for their future and the value of all they can bring to this. We need to do better. We can do better.

Sue is the author of Changing Behaviour, published by Sage.

Dr Sue Roffey FRSA FBPsS is a psychologist, academic, author, activist and speaker. She is an Honorary Associate Professor at University College, London She is a member of the Advisory Board of the Carnegie Centre of Excellence for Mental Health in Schools, and was a member of the Editorial Board of Educational and Child Psychology.

Gran and me – no more blah blah blah

Watching, Listening, Copying – how our kids learn from us Gallery

Watching, Listening, Copying – how our kids learn from us

For Young Kids, The Power of Play-Based Learning Gallery

For Young Kids, The Power of Play-Based Learning